The previous suggested £1million 100% IT threshold is perhaps too rigid and is not popular with any voters I’ve spoken to, or in any polls conducted. We should not wish to punish any self-made millionaire’s who’ve worked hard to get where they are, our changes to the present system should be aimed at targeting the super-rich 1% power elite.

I propose a new graded system up to £10 million, after which 100% inheritance tax would apply to across the board. If no-one can pass on more than £10 million to their heirs, we would see the gap between the super-rich and poor begin to narrow.

Here’s how it could work:

The Proposed New Meritocratic System would look like this :

In my opinion, this graded system would be much more acceptable to the voting public and could even pull some middle-class, semi-retired voters who have some empathy with the less-well-off, on-board.

This idea could also be adopted by meritocracy parties in any country and adapted to suit either the currency or political climate of the day.

A level playing field between ‘ultra-rich’ and ‘below-the-poverty-line poor’ won’t come overnight, but this graded system on IT could kick-start the process of narrowing the gap.

Current UK Prime Minister Theresa May talks about a ‘Shared Society,’ though like most Tory policies, it’s mainly image and little substance. She has even mentioned the word ‘meritocracy’ in a recent speech on Jan 9th, 2017:

"It’s why as part of building a great meritocracy I have already outlined plans to increase the number of good school places so that every child – not just those who are fortunate to have parents who can afford to move to a good catchment area or pay to go private – can enjoy a school place that caters to their individual interests, abilities and needs.

So with all these steps we will deliver this new agenda of social reform. And government will step up to support and – where necessary – enforce the responsibilities we have to each other as citizens, so that we respect the bonds and obligations that make our society work.

This means government supporting free markets as the basis for our prosperity, but stepping in to repair them when they aren’t working as they should."

However, just like one of her predecessors Margaret Thatcher, who also liked to throw the word around, she has little idea of what it truly means. Ours is the real ‘meritocracy’ and this ‘IT Overhaul’ could be part of the proof of the pudding; in practical, realistic and easily understood terms.

I really warm to this idea. And I think many more of the population would owing to it being ‘fair’ but ‘firm’. There is a lot of liberal thinking voters who may have a sympathetic ear to Meritocracy, if it offered them justice for ordinary folk, while letting those that have earned their fortune through valid hard work.

Now this is something I’ve been crying for in a few posts earlier. Very good initiative. I got completely beaten while originally proposing 100% inheritance tax. For example, think about some bus driver or janitor who can’t afford to buy his own home but can inherit his parents’ small apartment. We’d take that away. Fair play? Or like written above; someone worked his whole life 24/7 and has his millions. So the government steps in and makes his life’s work a zero. Doesn’t become too popular, I think.

The aim is to make sure that new God-Kings are not manifested so the treshold for 100% tax can be quite high. Ten million doesn’t mean that the kid could buy a country or the world.

Why not take it to an extreme such as nobody can inherit more than £1bn? (Or £999m) This is something that at first glance I would imagine everyone can get behind and it’s easier to say “no more billionaire inheritances” than “no more ten million / multi-million inheritances”.

According to the BBC there are 100+ billionaires in the UK. That’s such a strong selling point because they’re so few in number. Someone is of course going to try to defend the right of their children to inherit billions but I feel the vast majority of people know it’s ridiculous that inheritance can be that large.

That said, a golden bridge should be created as well for billionaires and millionaires to voluntarily sign up to the inheritance tax. If even 1 billionaire out these 100 agrees that their children should not inherit more than £1bn and that they’ll donate the rest to a meritocratic NGO that is pursuing Equal Opportunities then that would be a massive achievement.

From there, once such a ridiculously high threshold is enacted it paves the way to lower it to £100m, £10m and so on while also observing:

In case it’s not clear, the reason I suggest £1bn is because it’s something that should have zero opposition and 100% support compared to a graded system up to £10m (as there’s a lot of millionaires out there relative to billionaires and people who think becoming a millionaire is easy). Also the current nil-rate bands and 40% tax over the band could remain, we’re just adding a max cap.

That’s certainly worth thinking about Roberto. What irks me is the head start in life someone like Tory MP Zac Goldsmith got when he inherited £247 million. That’s less than a billion of course, but still a colossal sum of money for doing ziltch. No wonder he resigned so quick after the Heathrow runway fiasco, he can afford to! 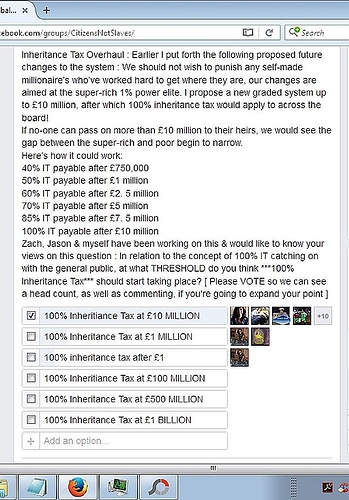 Nothing is set in stone of course, as it was an extremely small poll, but it’s an early indication of how people feel on this issue.

I voted IT at £10 million. Any other propositions, dear forum members?

A petition is now live on the UK Gov website -

"Don’t you wish to see the gap between the ultra-rich and the poor begin to narrow, instead of constantly widening? How can we even begin creating an even playing field where equal opportunity exists for everyone, while the colossal gap between privilege and poverty stares us in the face every day?

If no-one could pass on more than £10 million total to be divided between their heirs, we would see the gap between the rich and poor begin to narrow for the first time.

100% IT could help properly fund the NHS, Education, Housing, Etc… Please support it!"

Even taking into account that only UK citizens can sign it & also that the £10 million figure might not be to everyone’s liking, at least it’s a way to introduce the idea of 100% IT in general, to the wider public - as things stand after at least a fortnight of the petition being ‘live,’ it’s been signed by a grand total of … wait for it… 15 people!

[ And thanks to those people for ‘walking the talk.’]

Don’t all go breaking into a sweat or anything, to support your own flagship policy.

Wake me up when the revolution really starts …

Sorry Sean, I thought I had signed this but it must have been a different one, all done now. It does seem that things have kind of dried up a little on this forum. A shame to me as I think its a great platform for sharing ideas - think how good it could be if everyone who views posts starting having some more input.

Just a quick clarification on the Estate Tax. I’m sure this will have been covered elsewhere at some point but what’s to stop someone just giving away all their money to their children before they pop their clogs? or buying them a load of mega properties etc.

Also, isn’t the real big money tied to businesses and corporation’s as opposed to individuals? So the next CEO would ‘inherit’ the company’s wealth?

It’s simply a step in the right direction. I know we haven’t closed any loopholes yet, never-mind all of them.

It’s worth a group think on how to do that.

The business field is a whole minefield of it’s own, though they could be investigated in the same way as individual tax dodgers, at the end of the day.

Good points and well worth raising them!

I’m fairly sure that UK law currently has some restrictions on the transfer of large sums of money before death. I believe it’s something along the lines of, any large sum passed on up to 5 years before the death of the individual would be subject to IT. Not sure of the exact amount/timescale but there is something like that in place currently, so whether this would need to be re-worked is a good question. 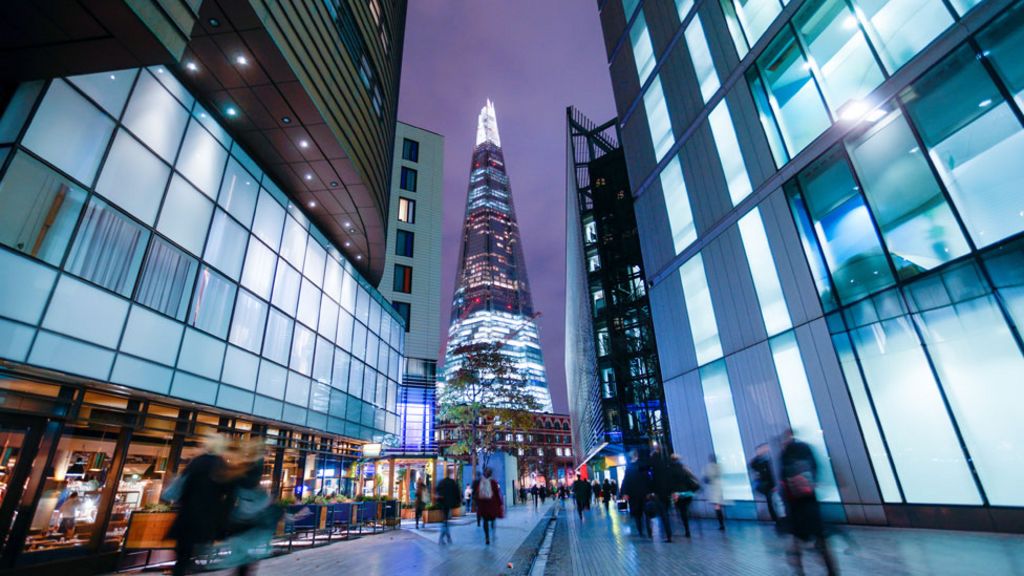 Interesting to see that on the BBC website today.

I’ll just add my tuppence worth here, if I may.

In my view, you’re either for the idea of inherited wealth (i.e. getting something for nothing, by virtue of who your parents/family are) or you’re not. If you are, then I would argue you are not a Meritocrat. Any inherited wealth, in my opinion, is anti-meritocratic. Therefore, I would argue that, upon death, all estates go to the Meritocratic State. How would this punish self-made millionaires when they’re dead? You can’t punish the deceased - what rights do the dead have? If you punish anybody, it’s their heirs. My partner works in a care home for elderly ladies and sees daily greedy, parasitic relatives just waiting for them to die so they can get their hands on money for nothing. In my opinion, these people are despicable.

Of course, this might not be popular with voters. But are we trying to win votes or staying true to principles?