I recently read Joel’s idea for a Meritocracy song, I think it’s a great idea, and it reminded me of a song called Merit by hip hop artist Aesop Rock. It’s more about musical merit I suppose, but it has political undertones. You can listen to it on Youtube here:


It not a new song, it came out in 1997 I think, but it’s a good one. His lyrics are clever and he has many gnostic, mystical, literary, mythological, social, and political references throughout his entire catalogue.
His lyrics can be hard to hear if your not used to his style, so here’s the lyrics: 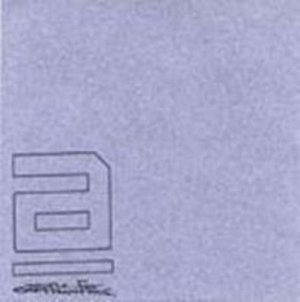 Alright, I can hear the ocean in a shell / But for the life of me I've never heard your surges more than raindrops in a well / Paladin tribe / Break beat elitists / Element five


I am greatly inspired by Aesop Rock, and other intellectual and political hip hop artists like Akala. You should check out some of Akala’s stuff. It’s incredible and really shows that not all scholars are surrounded by oak and tweed

Songs are a great idea imho. Here’s a fresh political song from an indy party in Australia.

Bold political statement. I think these things need to hit a nerve and polarise the audience somewhat to gain traction.

I’m sharing this here because it is a very direct political statement, addressing the issue of corrupt religion, power and state. These decrepit old religions need to be relegated to the cultural, historical shelf and be removed from power for all of the reasons expressed in this little ditty. The Jesus cult in all it’s forms should be dismantled and relegated to history. In the future maybe we can look back and remember the crazy years when the campus vaticanus had it’s day, when crooked old blokes in frocks and silly hats were taken seriously.

Those who can, write the songs!!

Content can be blocked according to your IP location. It’s trivial to circumvent but it’s quite effective as most people won’t bother trying to get around it.

TV networks can decide or be requested by the government not to show it. Depends on the country.

I know this is an old thread but it made me think of this guy, George the Poet:

“As long as you wanna be courageous, I promise you we’re gonna see some changes”

I think that’s a powerful message. From his website apparently he does more than just write social commentary. He is involved in numerous organisations and does work in schools and public speaking etc. I don’t really know any details to the extent of this or what his exact views are on issues but at a glance it seems his views could be well aligned to those of Meritocracy. He got into a selective grammar school and from there Cambridge University, studying Politics, Psychology and Sociology. Could someone like this be a voice for the party? I think he would definitely appeal to young people.

Below is a page of a website with some of the things he is involved in outside of music.