Just so we are on the same page here…why don’t we talk about Trump?

Trump has the IQ of a high school economics professor but the EQ of a crack baby.
Conservatives use first-grade logic and liberals use sixth grade logic.

Those are my opinions.
What are yours?

As alluded to in a recent episode of Mr. Robot, Trump is being used as an establishment pawn for the politically right mindset which allows social division.

If you can set groups against each other, human rights and other rights can be stripped away and the economy can be tanked, the public services stripped and sold off, all under the excuse of being sensible, level-headed or patriotic. 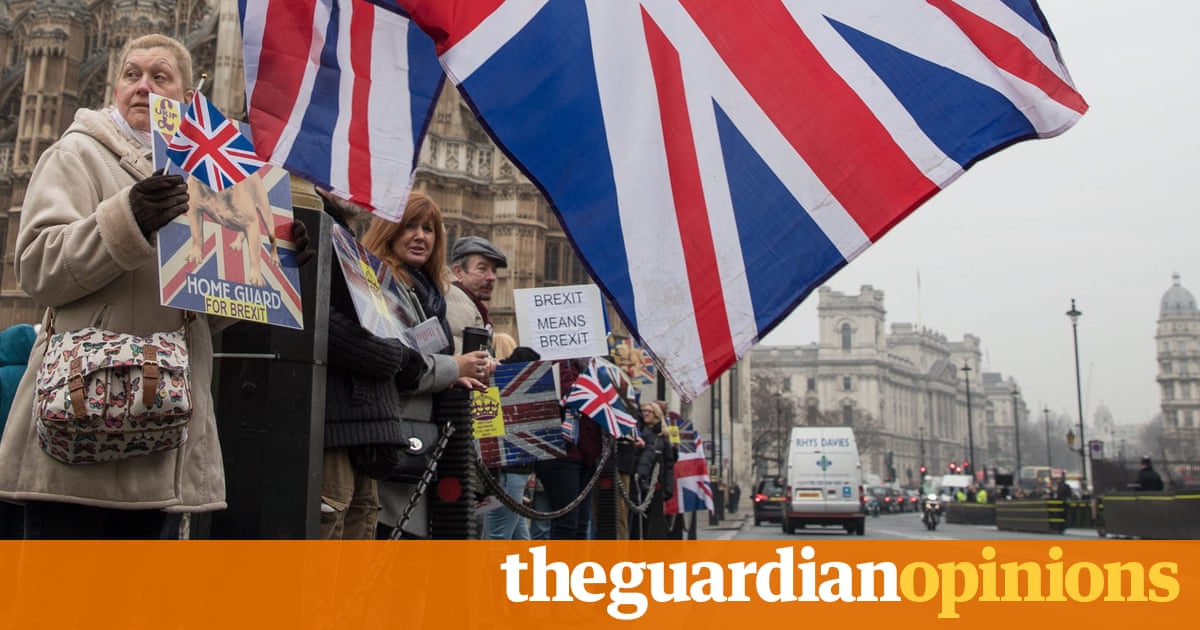 Who’s to blame for Brexit’s fantasy politics? The experts, of course | Aditya...

Magical thinking about the future is not confined to the cabinet. Just ask the Office for Budget Responsibility, writes Guardian columnist Aditya Chakrabortty

That isn’t possible under a truly meritocratic system which brings in experts into key government roles - because you’d have no emphasis on psychopathy and psychopathic traits of politicians. They wouldn’t be able to run the show.

And that’s why it’s so important to focus on the positives; on the constructive path forward.

Just so we are on the same page here…why don’t we talk about Trump?

Trump has the IQ of a high school economics professor but the EQ of a crack baby.

Conservatives use first-grade logic and liberals use sixth grade logic.

Those are my opinions.

Saying he was “chosen” decades ago is a bit of a stretch although I can understand why you’d say that.

If you look at old Trump interviews you’ll see he’s not a total buffoon, in fact there’s even a clip while he was running where he admits to saying whatever he had to in order to win, e.g. how he started out against 20 opponents in the primaries and took them out one by one.

Then we have the revelations about how his team heavily relied on analytics firms such as “Cambridge Analytica” to target voters in the most effective way possible (think thousands of iterations a day on the same Facebook ad).

What I find more concerning is how nearly 63 million people voted for him, apart from whatever backroom shenanigans went down to win the Electoral College votes. Not that the alternative would have been any better.

Either way it’s as Dionysus says - Trump sows division, as do all politicians, with the difference that nothing is off the table since he can routinely lie, change his mind, blabber and enough people still cheer him on. In theory the press is supposed to keep politicians in line (at least in terms of public opinion) but from what we’ve seen they just don’t know how to handle someone that doesn’t care, uses schoolyard tactics and still has massive support.

“Chosen” is a controversial word to use. I just do not believe that he took
over the U.S government solely on his own merits. He worked with Robert
Mercer and other very powerful people, Russian and otherwise. My point is
that I think Trumps role is to be the one to bring the “light of truth” to
the masses, the one to expose the corruption of the government but offer a
solution that is even more corrupt than the government itself. People say
he earned what he has, but he is no different than the other privileged
cunts who were groomed their whole lives for top positions; the only
difference is that he was groomed to be the President and all he had to do
was not die. Keep in mind Trump works, he does not do a job; his work is
rewarding because he works for himself, he is not a slave to any boss. Work
is fulfilling, a job is draining. People respect that, but what they fail
to recognize is his blatant irresponsibility; I lost a lot of respect for
people who supported Trump because their support for him only shows that
they have a very weak understanding of U.S history. People seem to have a
lot of respect for power but they don’t care when someone is irresponsible.
If someone is powerful without being responsible, well, that person does
not deserve power. Powerful people should not be allowed to have power if
they are unwilling to be responsible.

It’s not brain surgery. Tramp only got elected because Democrats were too uninspired to get out and vote. We thought we were getting Bernie Sanders (who was loved by many Democrats AND many hard working Republican voters), and instead we end up getting Mitt Romney with a blond wig. Trump only won Michigan by 10,000 votes. Thats less than what Bush Jr lost by.